Robert Pattinson seems to be well on the way to getting his famously unruly hair back as he showed off his spiky 'do on a Starbucks run in Vancouver yesterday. The cast of New Moon will start shooting their next vampire movie in Canada soon, and his costar Taylor Lautner recently shared his excitement about his bigger role in the second film. Whether or not Taylor can win over some of Robert's die-hard fans, it doesn't look like the Twilight craze will be slowing down anytime soon. 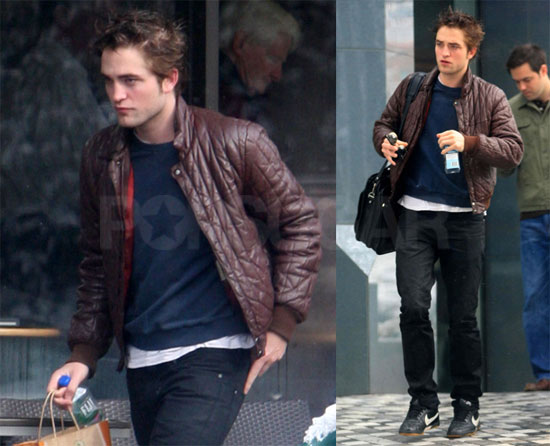