Robert Pattinson looked like he had a fun Saturday night out on the town in Vancouver as he headed home with his shirt buttoned up all kinds of messy. It was a deserved break after a long week of work which included filming with Kristen Stewart and Billy Burke. Burke headed back to LAX Saturday after shooting the scenes with his onscreen daughter. Xavier Samuel was also strolling around Vancouver yesterday afternoon and last night Kellan Lutz, Bryce Dallas Howard and a few cast members got together at Gotham's steakhouse for one of their famous group dinners. 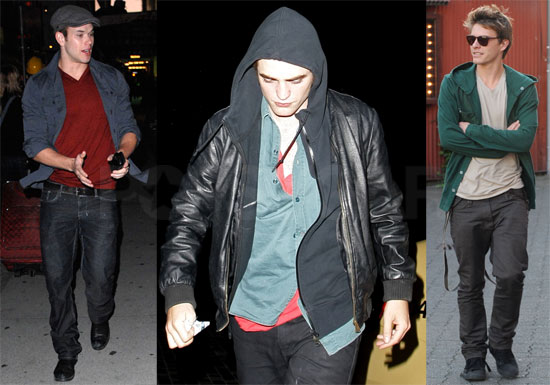 To see more photos of Rob, Bryce and the other Twilight actors just read more.