Our requests for Robert Pattinson to come out of hiding have been answered — he joined Kristen Stewart, Nikki Reed, and Elizabeth Reaser out last night at Bobby Long's concert in Vancouver. Robert and Kristen slipped out together after enjoying the show, decked out in their usual hoodies. Most of the Eclipse cast was seen out in Vancouver or LA over the long weekend, but Robert managed to stay under cover until last night. Robert and Kristen weren't cuddling up during the show like at last month's Kings of Leon concert, but they did share a cab as they snuck off into the night, leaving fans to only imagine what that means for their maybe relationship. 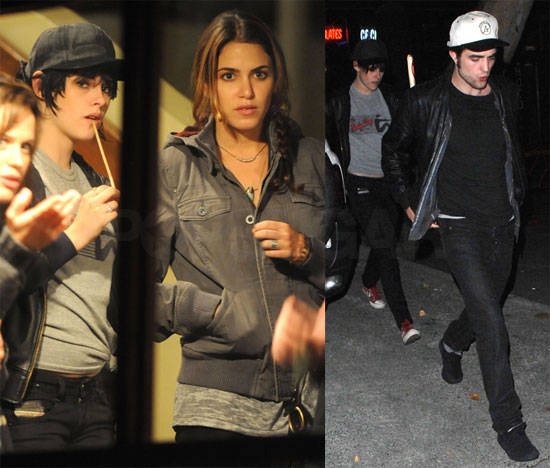 To see more of Robert, Kristen, and others just read more.