Robert Pattinson and Kristen Stewart filmed Eclipse in Vancouver yesterday. The scene involved Edward and Bella inside his Volvo at the Forks Police Station. Earlier in the week, rehearsals left Jackson Rathbone needing a little medical attention, but luckily he was OK, and Ashley Greene pointed out how much of a trooper he was to be at work the next day. More and more details about the New Moon release have been coming out, like premiere locations, the soundtrack, and even a tracker app to stay on top of the news. At the moment, however, it's such a treat to get a glimpse of another Edward and Bella moment before their sweetness onscreen in just a couple more months. 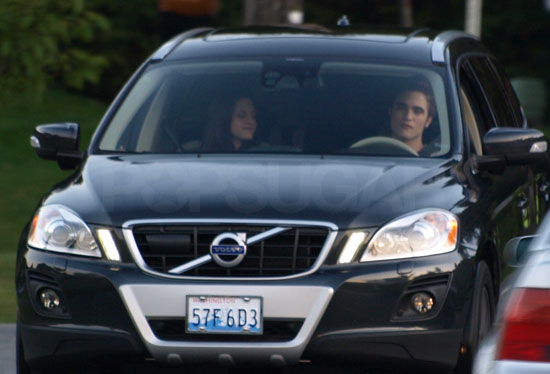