Robert Pattinson joined Kristen Stewart and Taylor Lautner as they headed out of LA on Sunday night, and they arrived ready for a New Moon photo call in Paris this morning. Kristen was in a strapless cream dress for the event, posing alongside her two leading men and their director Chris Weitz. The trio's first order of business upon arriving in France was settling into the Crillon Hotel, where Rob and Taylor were spotted leaving before dinner last night. Twilight fever spans the globe, from Forks, WA, to beyond, and Robert, Kristen, and Taylor are currently soaking up the adoration abroad. 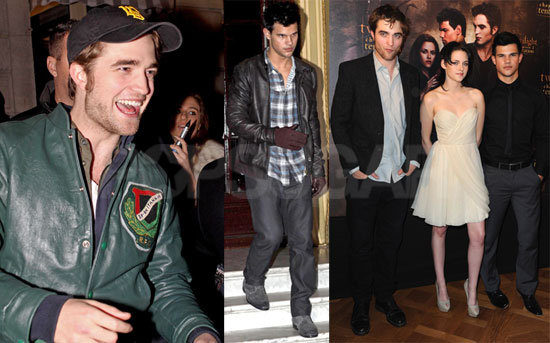 To see lots more of the gang, just read more.