Robert Pattinson suited up to hit the red carpet tonight at the New Moon premiere in LA. It's been a whirlwind few days for Robert, after he traveled back to California after his appearance with Kristen Stewart and Taylor Lautner in Munich on Saturday. We're there covering things live from the scene, and Rob looked especially adorable when he flashed a big smile as Kristen's arrival was announced over the loudspeaker. Rob even beamed as he greeted his many fans, proving once again why he's the well-known heartthrob we've all grown to love. 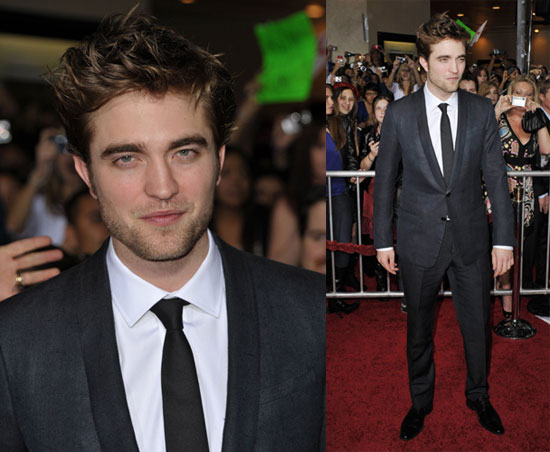