Robert Pattinson ducked out of a cast party in Vancouver last night, wearing his standard hoodie uniform. It was a rainy night in the Canadian city, but he still had a smirk for the cameras as they followed him out of the soiree. It's been another whirlwind week for the Twilight star who was in NYC for the VMAs last Sunday and then back to work on Eclipse. He and Kristen looked super cute and cuddly backstage at the VMAs amid mounting rumors that things are heating up while they're back in Canada filming, but last night he was rolling solo after another of their famous cast dinners out on the town. 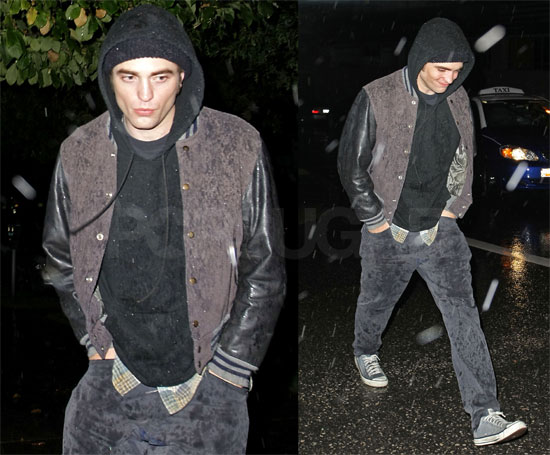