Robert Pattinson stepped out of his trailer and headed over to the Budapest set of Bel Ami yesterday. He was still in the same dapper tux that he wore while shooting on Monday, but his wardrobe is much more contemporary in the newly released stills from Eclipse. He'll reunite with his Twilight costars like Kristen Stewart and Taylor Lautner soon enough for their world promotional tour before June 30, but fans of the series will have the chance to reconnect with the vampire crew when Stephenie Meyer's new novella is released on June 5. 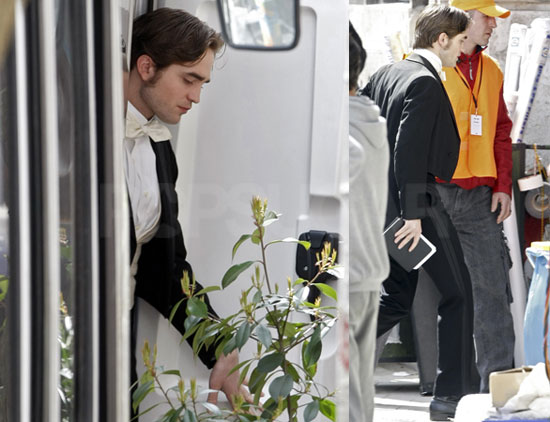