OMG, finally. Robert Pattinson was spotted today in the back of a car arriving on the set of Eclipse in Vancouver. He's been laying low since the famous Kings of Leon concert featuring the possible kiss with Kristen, but we can now all breathe a little easier. Edward Cullen is back— happy Thursday! In the meantime we've been tiding ourselves over with his new magazine cover and all the different places we can put him in our homes. Not to mention, he's earned a spot in our shirtless finals, but more on that in a bit. There's also news that Death Cab For Cutie's song from the New Moon soundtrack will debut at the VMAs on September 13. For now, we'll be updating with more pics as we get them. Enjoy! 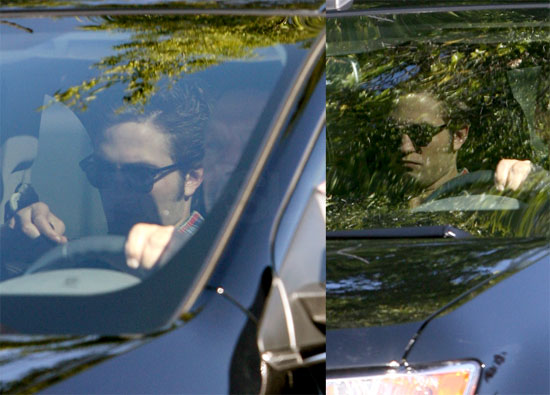