Kate Bosworth and Naomi Watts were together yesterday for the Calvin Klein show, and they both made quick wardrobe changes before moving on to the afterparty. The bash was one of the last during New York's Fashion Week, and it gave Kate and her guy Alexander Skarsgard another chance to hit the town. She and Naomi were joined by a few other CK lovers, like Kellan Lutz and Ryan Phillippe, who attended their menswear show last weekend. Kellan's not only an admirer, as he's also the face and body of the company's new X underwear line. Kellan's lady friend AnnaLynne McCord made a cameo, though she'd previously stayed quiet about their having any plans to meet up in the Big Apple. 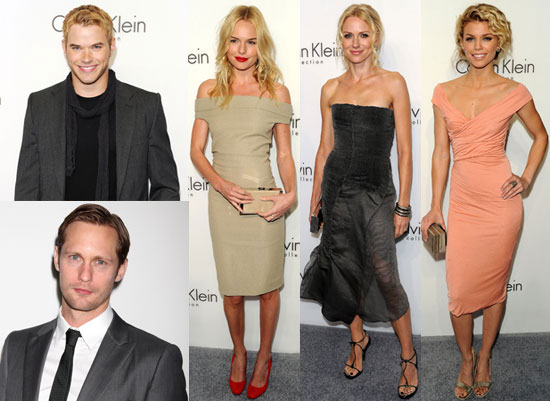 More photos from the Calvin Klein party so read more.