Ryan Reynolds made a quick trip to Fred Segal in LA yesterday, but he looked to be leaving empty-handed as he jumped on his motorcycle and headed home. He was also spotted on his way out of the gym over the weekend, as he fit in some last-minute exercise before he's off to NYC in the coming days. He's due to make his second appearance participating in a celebrity autobiography reading, where he'll show off the same comedic skills that landed him multiple People's Choice Awards nominations for his work in The Proposal. He'll get a chance to show off his funny side once again when he stars alongside Anna Faris in the upcoming movie TMI. 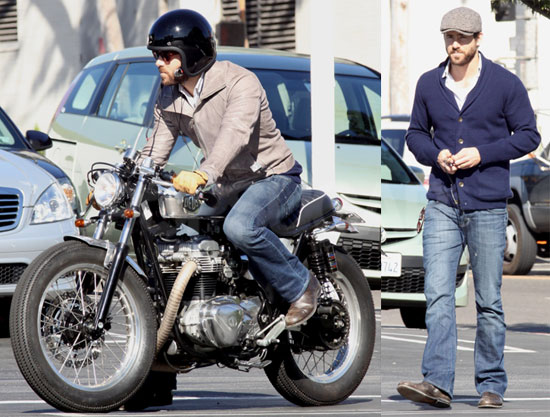