Salma Hayek was back on the set of 30 Rock in NYC yesterday with Valentina along to see mom work. Alec Baldwin joined her to shoot scenes and it sounds like Jack Donaghy has yet another love interest on the way. Last night, however, it was all about Jennifer Aniston, who did a great job playing Liz's crazy obsessive friend. Not only was she hilarious back on NBC Thursday night, but she looked fantastic. The guest stars on 30 Rock have done a great job bringing the laughs so far this season, and hopefully Steve Martin next week and Salma later in the season can keep that momentum going. 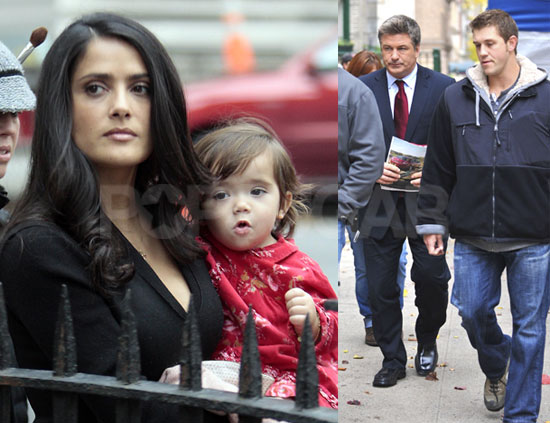