Sarah Jessica Parker grabbed lunch in NYC yesterday after making the morning-show rounds to chat about her film, Did You Head About the Morgans? She stopped by Live With Regis and Kelly and the Today show, where she talked about her disgust at the state of Hugh Grant's nails — check out both of those interviews below. She also had time to tape an interview for The Early Show that aired this morning. It's been a busy week for SJP between Monday's premiere and sitting down with David Letterman, we'll see if her hard work pays off at the weekend box office for the film Buzz thinks isn't breaking any new ground. 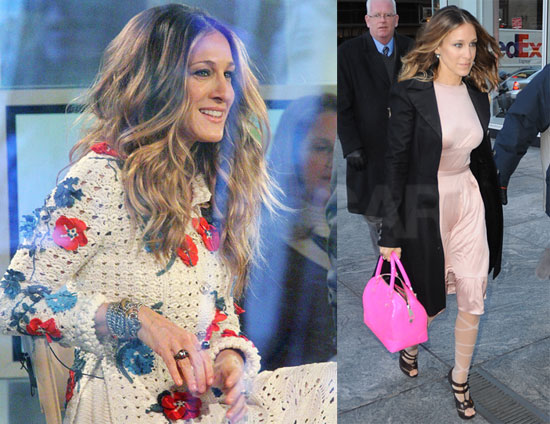