Sarah Jessica Parker traded in her usual casual footwear for a pair of sexy high heels during a walk around NYC with her twins Marion and Tabitha on Saturday. Yesterday, it was Matthew's turn to take out one of the girls all snuggled up in the Autumn weather. After a burst of excitement when the fabulous foursome filmed Sex and the City 2 in September, work seems to have slowed down on the highly anticipated sequel. SJP is still keeping things fashionable, however, as she's supposedly in talks to sign on as the new face of Halston. 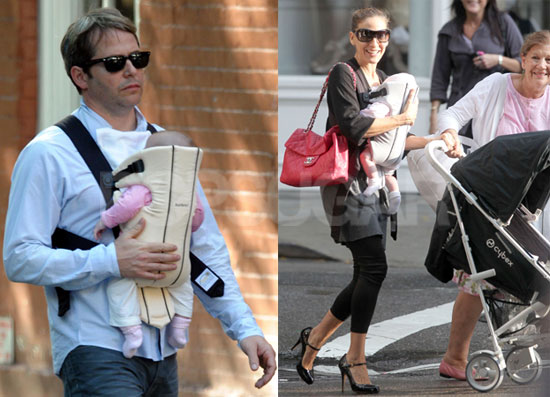