Shenae Grimes looked comfy running errands and grabbing Starbucks while out in West Hollywood on Sunday. The actress recently posed and chatted with InStyle saying, "I've always had a strong personal style. I love to stand out in a crowd so I go to extremes." Unfortunately, it seems Shenae's been standing out for the wrong reasons since 90210 started — whether it's because of her negative influence, her bad girl ways, or her rumored moodiness on set. Her on-screen persona Annie, however, is still a sweetheart, but after another new episode tonight we'll see how long that lasts. 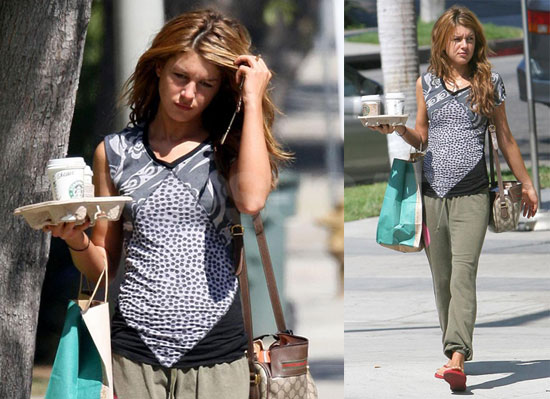 Shenae Grimes-Beech
Around The Web