Shia LaBeouf and Carey Mulligan were out in LA yesterday afternoon to do a little more shopping together. The duo was also side by side on Tuesday, when they stopped to pick up a DIY volcano kit from Borders. This time around they were in the market for art supplies, and one big canvas proved to be of multiple uses for Carey. British Carey has spent the last week or so in Shia's hometown, and she hopefully she gets familiar with the city since it looks like she'll be spending lots of time there as award season rolls around — especially as she just picked up a SAG Award nomination for her work in An Education. Check out the full list of nominees, which features lots of Precious and Up in the Air, all over at Buzz! 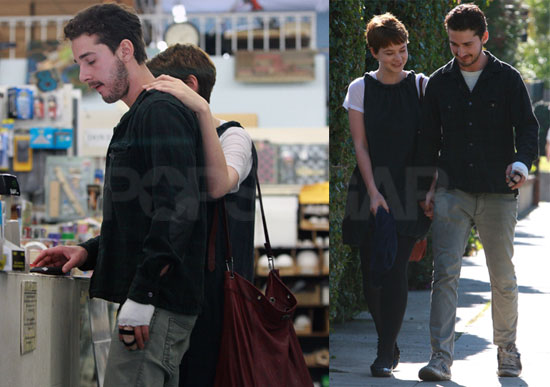 To see more of Shia and Carey, just read more.

Carey MulliganShia LaBeouf
Around The Web

Netflix
Meet the Real People Behind the Sutton Hoo Excavations, as Portrayed in Netflix's The Dig
by Lily Panych 1/19