Shia LaBeouf left his motorcycle behind and was back to suits and ties on the set of Money Never Sleeps in NYC earlier today. Michael Douglas joined him, all decked out to reprise his role as Gordon Gekko — hopefully we'll get a glimpse of what kind of updated cell phone he'll be carrying this time around. Shia has been lucky enough to share the screen with a number of legendary actors, so he has some great role models to make sure his career stays strong for decades to come. 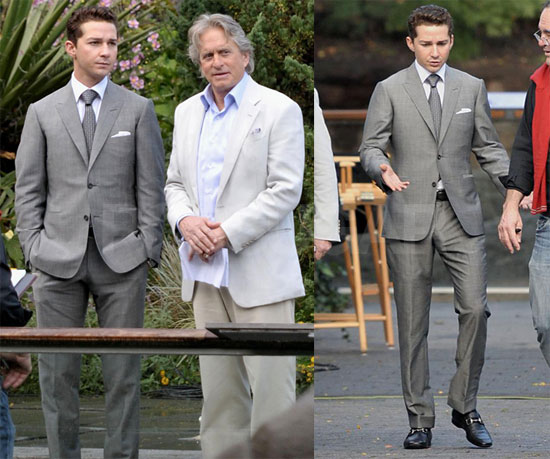