After presenting at the MTV Movie Awards on Sunday, Shia LaBeouf jetted to NYC, where he was spotted taking a walk yesterday. Shia has lots of photo ops and traveling ahead of him in the coming weeks, and he's already started talking about what we can expect from Transformers 2. He said, "I think this is a darker one. There's more at stake. You've got more humans getting injured, and there's more death." Shia had to work his own broken hand into the movie's script, though it sounds like it worked perfectly with the sequel's theme. 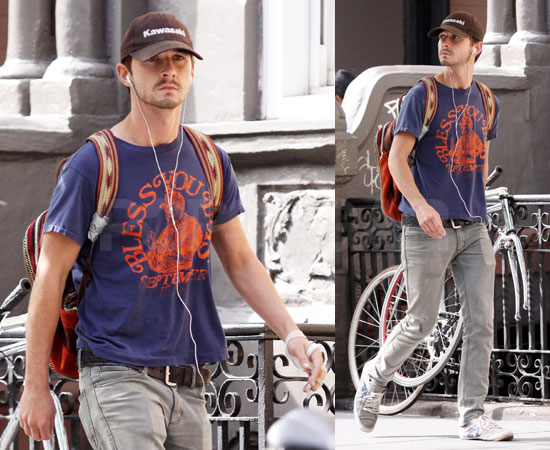