The cast of Transformers: Revenge of the Fallen brought their posing skills to London today for the film's UK premiere. Supposedly single Megan Fox cozied up to Shia LaBeouf, while their co-star Josh Duhamel smiled for the cameras solo. The cast has had a packed week as they bring their movie all over the world, from Asia on to Europe, and they'll soon be back stateside before it comes out in the US next Friday. 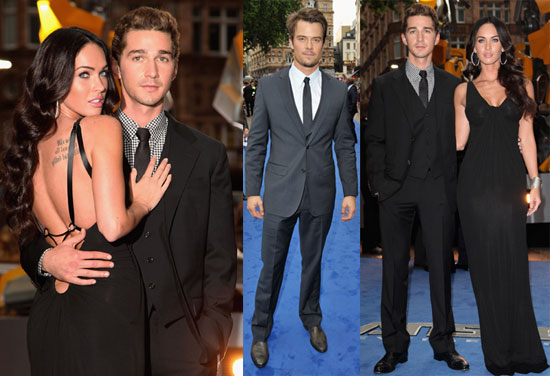 To see more of Megan and Shia just read more.