Ashton Kutcher showed off the results of his chest wax and recent workouts on the Five Killers set in Nice on Saturday. The actor remained shirtless hanging from the side of the boat and filming a fight scene, all while bringing us the live play-by-play. He had his "better 3/4" by his side when Demi Moore joined him, and she joked that Ashton won a platinum Twitter award for having so many followers. There's never a dull moment with Ashton and Demi, but surely if there ever was we'd know about it as soon as they could update their Twitters. 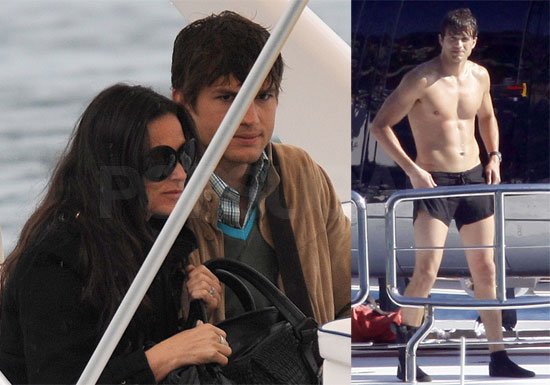