Sienna Miller looked bronzed and ready for the swarm when she arrived at LAX last night. This time we didn't see her greeted with lots of kisses from Balthazar, but we're not going to jump to any conclusions about the couple. Tomorrow Sienna is headed slightly east to Las Vegas, where she's among the honorees at this year's ShoWest awards. It's been a while since we've focused on Sienna's work rather than her personal life, but there's still an actress in there who people like to watch. 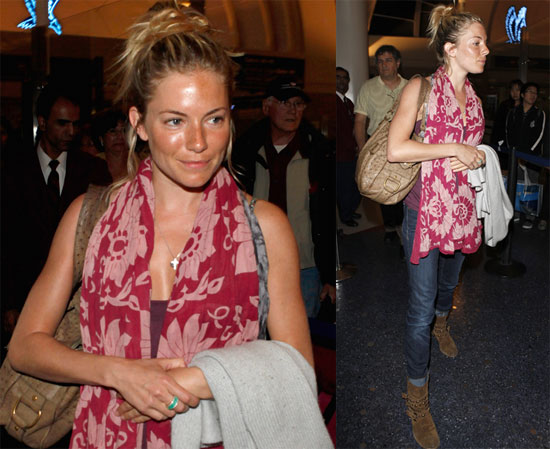 Sienna Miller
Around The Web