The British fashion crew was out in London last night to celebrate each other at the Elle UK Style Awards, the theme of their March issue. Thandie Newton paid some extra attention to Mickey Rourke, who was honored along with Freida Pinto for acting. The issue's cover girl Gwyneth Paltrow couldn't make it to the event since she was still in LA recovering from the Grammy celebrations. The night's big winner was Sienna Miller with the Style Icon award, a title that was last year presented to Kate Hudson. It's some consolation for losing her role in Ridley Scott's Nottingham, especially now that the part is said to be going to Cate Blanchett. 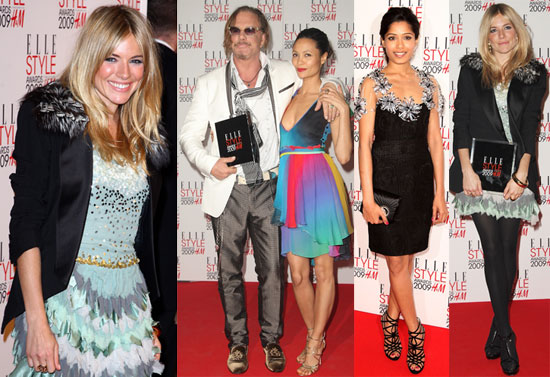 To see more from the night, including Courtney Love and Alice Dellal, just read more.