Sienna Miller signed autographs for fans after another preview performance of After Miss Julie in NYC on Sunday. Yesterday she took advantage of her day off by going on a walk with her doggie as well as costar Johnny Lee Miller and his 10-month-old son Buster. Johnny and Sienna have been working side-by-side preparing for their Broadway show since mid-September and it looks like they're becoming friends in their downtime too. 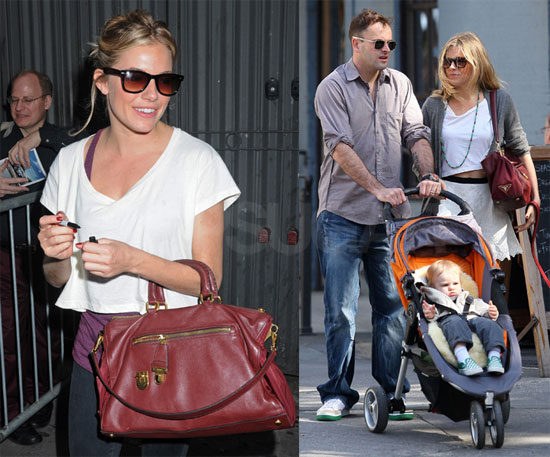 To see more of Johnny and Sienna in NYC, just read more.