Sienna Miller made a break for it this afternoon when photographers spotted her and Jude Law leaving his apartment in NYC. Their reps have confirmed that the duo sees each other socially in NYC, and you guys aren't thrilled at the prospect of their reuniting romantically. Sienna and Jude were also rumored to have spent their Thanksgiving night out drinking together, but let's not forget that it was only a few weeks ago that we saw her at a spa with Balthazar Getty. Jude is dealing with some troubles of his own in the love department, so perhaps a shoulder to lean on from an old friend is just what these two need. 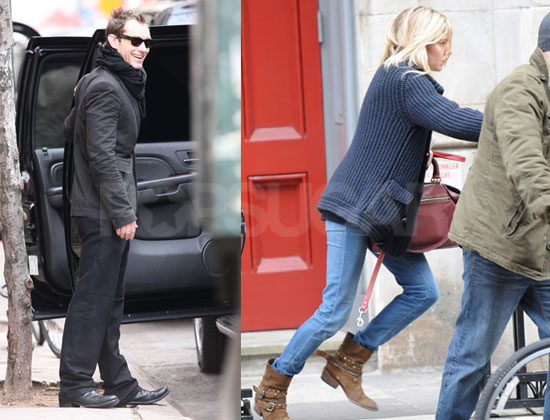