Kirsten Dunst grabbed lunch with a friend at LA's Cha Cha Cha on Thursday and grinned from her car as she headed home afterwards. She's been unusually smiley lately, and while it could have something to do with Justin Long, the real reason may stem from her career. Spider-Man 4 is already in development and she's expected to sign on for the next films in the successful franchise. The movie also just picked up a Pulitzer Prize-winning screenwriter, so Kirsten definitely has a lot to be excited about. 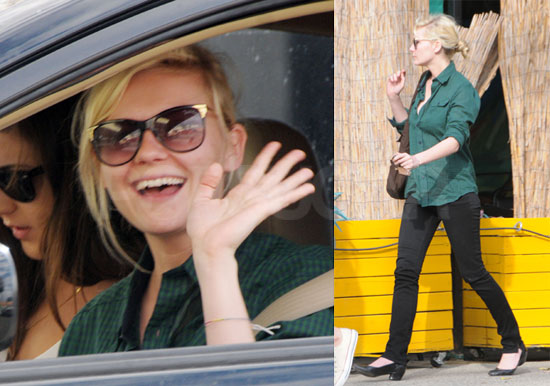 Kirsten Dunst
Around The Web