Taylor Lautner was was decked out in black and showing some muscle Saturday during a trip to his gym in LA. He's coming off another natural high following his multiple wins at last week's People's Choice Awards, and he's expected to be back for more red carpet fun as a presenter at Sunday's Golden Globes — don't forget to fill out Buzz's ballot! Taylor won't be the only Twilight star at the show, since Anna Kendrick is nominated as a Best Supporting Actress for her work in Up in the Air. Taylor and Anna are still waiting, like the rest of us, to know what will happen with Breaking Dawn — apparently production on the film is on hold until Stephenie Meyer says it's OK to break her book into two parts. 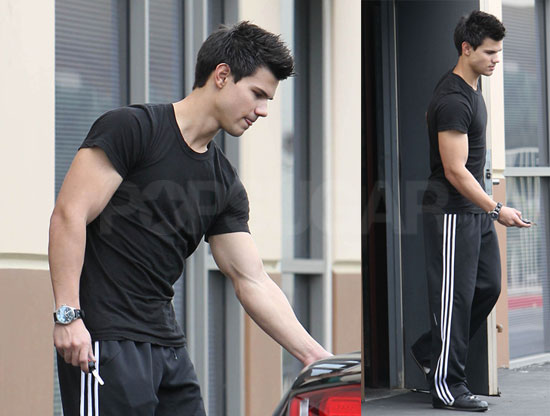