Taylor Swift had her mom Andrea right behind her yesterday as they headed out of their NYC hotel. It's been a crazy week for Taylor considering all the fallout from Kanye West's antics at last Sunday's VMAs. Kanye has apologized multiple times, even sitting down with Jay Leno for an emotional discussion — though some people think the incident may have been staged because Kanye and Taylor share an agent. Either way, everyone seems to have an opinion on the matter, including President Obama and now even former President Jimmy Carter, who says Kanye's actions were, "completely uncalled for." 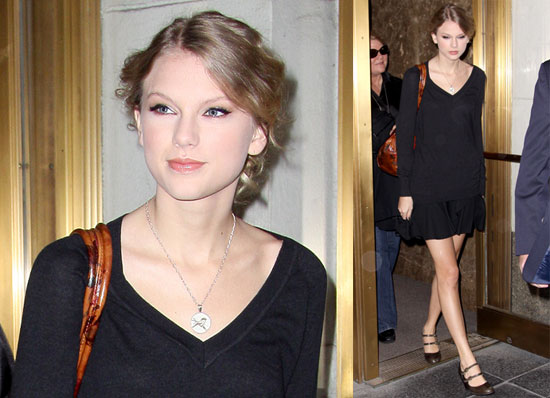