Anne Hathaway was decked out in blue yesterday and today to work on Valentine's Day with director Gary Marshall in LA. She was on set earlier this week already to film scenes on a scooter, and this morning she was joined by costar Topher Grace. Topher recently announced he'll be executive producing a TV series version of St. Elmo's Fire for ABC, but first he's putting in his time opposite Anne on the star-studded movie. 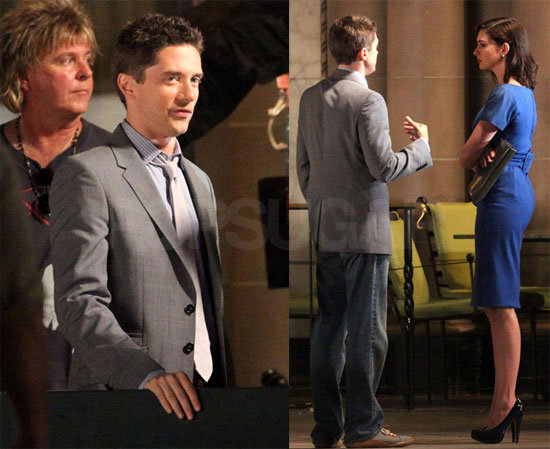 To see more of Topher and Anne on set, just read more.

Parenting Humor
Anne Hathaway's Response to Having More Kids: "I Didn't Mean to Blink My Thoughts Out"
by Murphy Moroney 10/28/20