The Eclipse cast had a bit of a break for Labor Day weekend so a handful of them took the opportunity to take off from Vancouver. Kristen Stewart stuck around and was without her controversial Bella wig to go shopping on Sunday. She was accompanied by Elizabeth Reaser, Nikki Reed and Nikki's boyfriend Paris Latsis. There were no Robert Pattinson sightings, but some of the other cute guys like Xavier Samuel and Jackson Rathbone were downtown in the Canadian city. 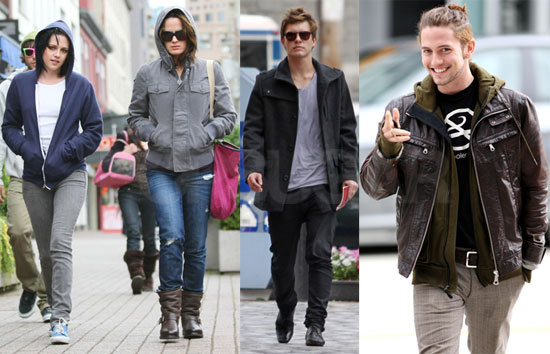 Kellan Lutz went without a shirt Saturday as he took a stroll around his LA home, continuing his streak of heading out of town during time off from filming. He was joined in California by his costar Ashley Greene, who was decked out in red Sunday for an afternoon by the pool of the Roosevelt Hotel. Peter Facinelli was also home for the holiday, but was already on his way back to set on Monday. Whether they were in LA or Canada, it was an almost — no Rob, boo — perfect way to finish our very Twilight Summer. 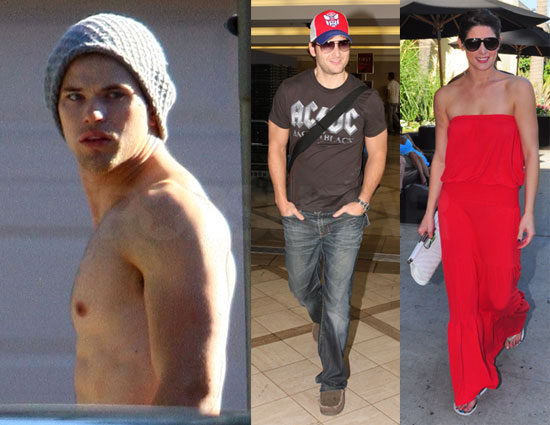 To see more of the cast just read more.