The annual series of nationwide GLAAD media award ceremonies kicked off this weekend in NYC. Vanessa Williams and her pregnant Ugly Betty costar Ana Ortiz were two of the attendees, while Tyra Banks received the Excellence in Media Award for her efforts to increase "visibility and understanding of the gay and lesbian community." T.R. Knight and Chris Noth also came out to show their support, taking the stage and looking handsome in their suits. Los Angeles and San Francisco awards are still coming up, but the Manhattan stars looked like they were enjoying the kickoff event as they smiled and mingled the night away. 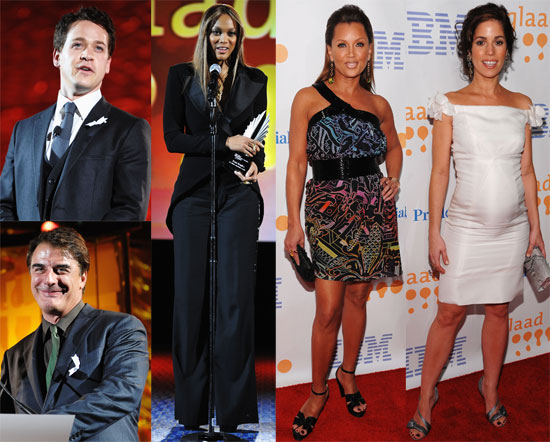 To see lots more photos including Christian Siriano, Clay Aiken and many others just read more.