The star-studded VH1 Divas kicked off last night at the Brooklyn Academy of Music, and new diva-inductees like Jennifer Hudson, Jordin Sparks, Miley Cyrus, and Kelly Clarkson walked the red carpet in their glamorous gowns. Lauren Conrad and Whitney Port looked gorgeous and sparkly, and we'll have more on LC's possible LA Candy movie deal later. Miley weighed in on the Taylor/Kanye incident, calling him out as disrespectful. Kelly also had some things to say about it as well as the Paula/Ellen change on American Idol. Sam Trammell, who plays Sam Merlotte on True Blood, also told us he thinks his shape-shifter character could take on Taylor Lautner's Jacob — check out the interviews below!

Paula Abdul opened the night with a surprise performance and jokingly introduced the live show saying "I'm Paula Abdul and this is NOT American Idol." Later in the night she came out dressed as Ellen DeGeneres, dancing across the stage before saying "All kidding aside — [I have] nothing but love for Ellen, and I wish you the best of luck and congratulations on your new gig." There were many performances and duets to enjoy, like Jennifer Hudson and Stevie Wonder, as well as solos by all the divas like Jordin Sparks. Check out our interviews with Miley, Kelly, and Sam after the jump, and stay tuned for more from PopSugar Rush on the night's events! 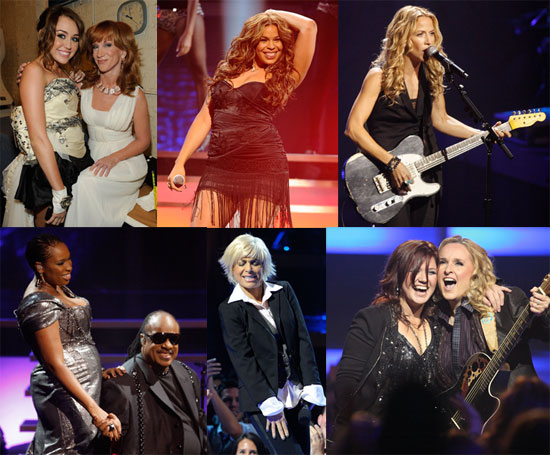 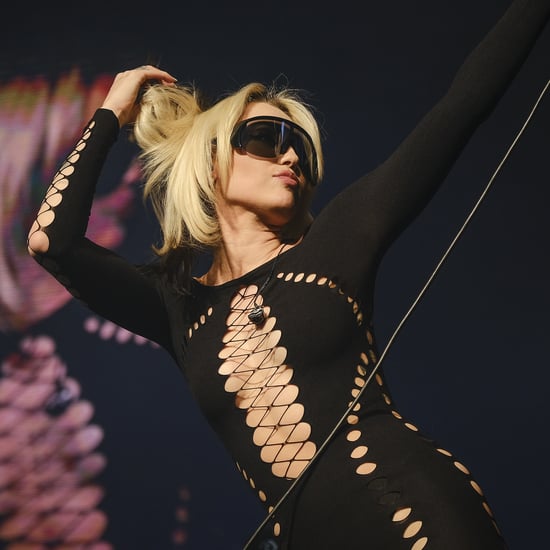