David Beckham took Victoria to dinner in Milan last night after Posh helped give Becks a standing ovation at his game earlier in the day. Now that everything is settled for David regarding his soccer contracts, he's spoken out about his new agreement, which has both teams sharing him. He called it a "dream deal" and described what he enjoys about both LA Galaxy and AC Milan. His family's staying in LA until his return, but they've gotten used to jumping continents as often as possible to see their favorite soccer star. 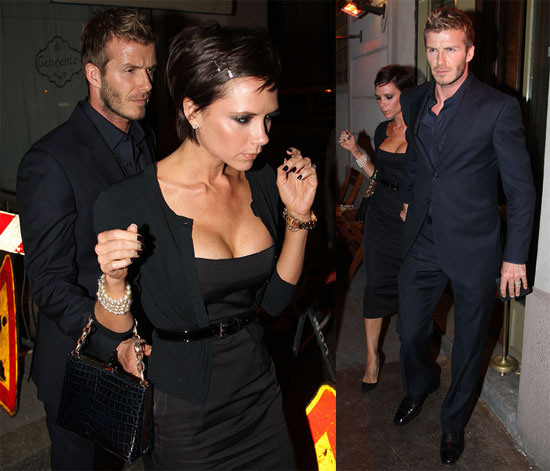 Victoria BeckhamDavid Beckham
Around The Web