Victoria Beckham spent last night out in Paris to attend a private party at the Printemps department store. She was then off for some after hours fun at Le Montana, though somewhere along the way, she had a wardrobe malfunction and lost a high heel. Posh handled the minor setback with her usual good humor and continued right along. Victoria and David went their separate ways after a few days in London together, and he was spotted arriving back at LAX yesterday with their good family friend Gordon Ramsay by his side. She was in a white cape this afternoon to do some solo shopping at chic French stores like Lanvin. 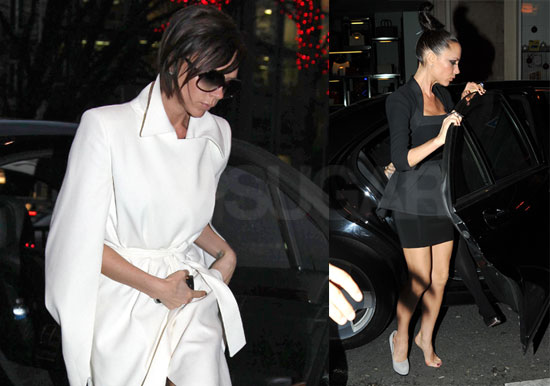