Victoria Beckham broke out a bright tank top — get her look here —yesterday for a trip to the movies with her sons in LA. Brooklyn, Cruz and Romeo were slightly better-equipped for the theater's air-conditioning in their school uniforms, as the foursome settled in to watch a film. Victoria has three Beckham boys to keep her company while David is away with AC Milan, helping lead his temporary team to a win in their first game. David and Victoria are all about cross-continental trips to see each other when their schedules allow, and it sounds as though they'll have some additional business to discuss the next time they're together. 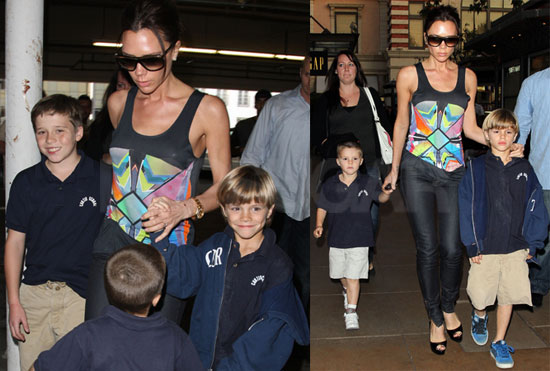 More photos of Posh and her boys so read more.