David Beckham took off last week for Seattle, where he joined his Galaxy teammates Friday for a press conference and a practice on Saturday. Back in LA, his family went about their weekend as normal — the boys went out for another ice cream run Friday, though this time around it was Victoria keeping an eye on Brooklyn, Cruz and Romeo. Victoria had only just returned to California after her travels to London last week, but she and her sons were off to Washington themselves in order to see David and his team take on Real Salt Lake in yesterday's MLS finals. David took the field in a special pair of cleats featuring the names of his three boys, but ultimately the Galaxy didn't end up taking home a win. 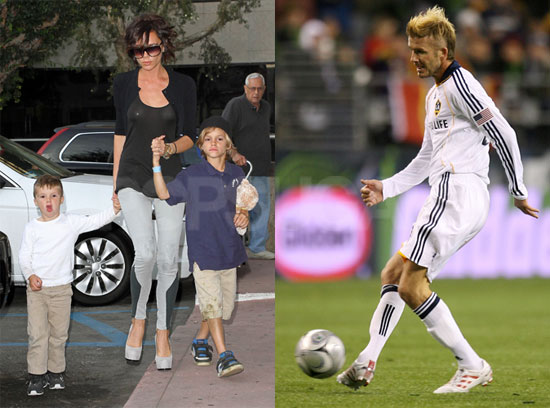