Charlize Theron was perfectly on trend in her hot blue dress at the NY premiere of The Burning Plain last night. She's been looking fantastic promoting her film all over including a stop by Late Night with Jimmy Fallon where she beat him in a game of beer pong. She also talked to USA Today about how she thinks about her nude scenes, upcoming sequels and what she learned about relationships as she grew up. Here are highlights: 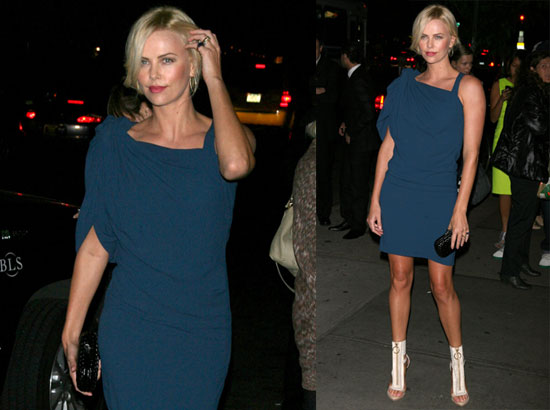 To see more of Charlize and video of her playing Beer Pong with Jimmy Fallon just read more.