Kate Winslet glowed as she stopped by The Late Show yesterday to chat with Dave and continue promoting her movies. The actress laughed and talked about her cooking mishaps and how her father installed a pay phone in her house when she was growing up. Dave teased her about working on Revolutionary Road with Leonardo DiCaprio and her husband and Kate admitted there was an uncomfortable moment when they filmed an intimate scene — read Buzz's review of the movie here. She also said she's excited about the upcoming Golden Globes and we'll have to wait and see if she can keep her streak going after scoring a Critic's Choice Award last night. 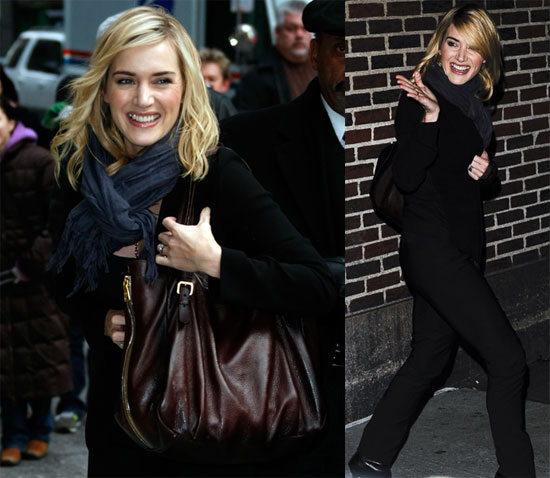 To see the videos of Kate's appearance and a clip of her and Leo just read more.