Lindsay Lohan held on and followed Samantha Ronson out after a performance at a restaurant in LA last night. Samantha gave her DJ skills a rest, instead she showed off her talents as a singer/guitarist, which she formerly demonstrated on the Mean Girls soundtrack. This time, she dedicated a song to Lindsay saying, "You get your heart broken sometimes and then you unbreak it and break it again." The lyrics hit home in terms of describing their rocky relationship — check out video of her performance after the jump. While Samantha works on her music, LL is taking on spray tanning and possibly a new movie with Warren Beatty as the girls try to smooth out the bumps in their relationship. 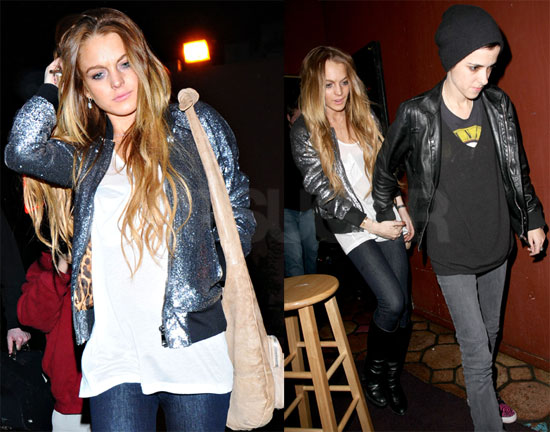 To see more photos and the video of Samantha singing to Lindsay just read more.