Whitney Port shopped with a friend at K-Star in Soho yesterday, wearing the bright red skirt from her Whitney Eve clothing line. Most of you would prefer to watch Whitney's officially confirmed spinoff of The Hills over an Audrina show but right now it's her clothes that are generating buzz since they're in stock at Kitson. We'll have to wait and see if she finds the same level of success her friend LC did entering the design world. 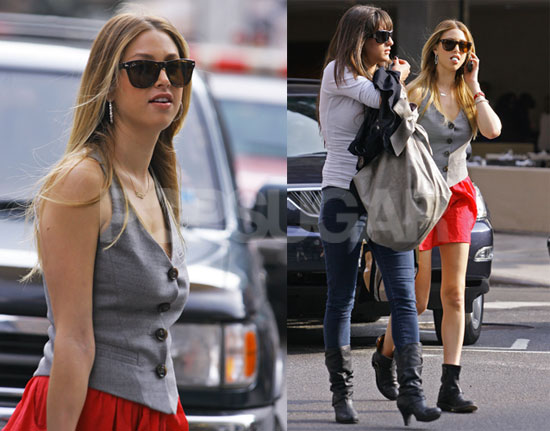 Whitney Port
Around The Web