Taylor Lautner isn't the only one who looks hot getting all wet for the cameras: Xavier Samuel got soaked filming scenes for Eclipse in Vancouver late Wednesday night. Xavier is a handsome new vampire on the scene, which earned him a special shoutout in part two of our PopSugar Rush Vampire Special. While Xavier's Riley won't make his debut until Eclipse, there's a whole lot to look forward to before then — like the recently released Death Cab for Cutie video for the opening song from New Moon. 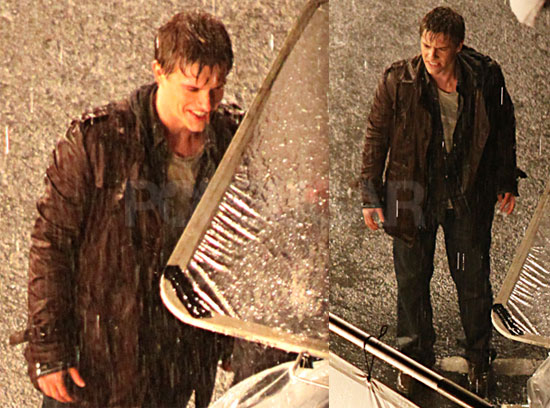