Zac Efron and Claire Danes were out and about in NYC yesterday to continue promoting their new movie Me and Orson Welles. The duo stopped by The Early Show for an interview and later met up again for a screening at night. Zac and Claire were full of compliments for each other as they make the rounds and have some cute back and forth banter during their morning appearance — watch it after the jump. This time Claire avoided any wardrobe malfunctions in her cute silver dress. Zac and Claire have been doing their promotional work — including chatting with PopSugar UK while in London — before the movie's release on Wednesday. 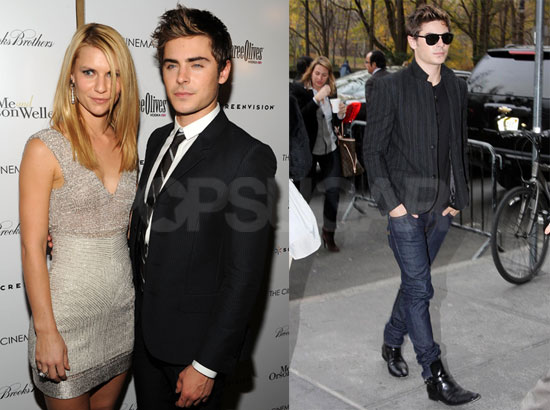 More photos of Claire and Zac at the premiere and video of their interview just read more.