Zac Efron and Vanessa Hudgens hit the grass carpet at the Teen Choice Awards yesterday afternoon, and they were in comfy clothes later in the evening to catch a flight to Vancouver. While Zac took home a surfboard at the star-studded show, Vanessa had to endure a rather awkward moment when Dane Cook made reference to her latest nude photo scandal on stage. She didn't seem to be sweating it as she accompanied Zac on the trip to Canada, where he'll get back to filming The Death and Life of Charlie St. Cloud. Another of his movies, Me and Orson Welles, has a new trailer — check it out below. 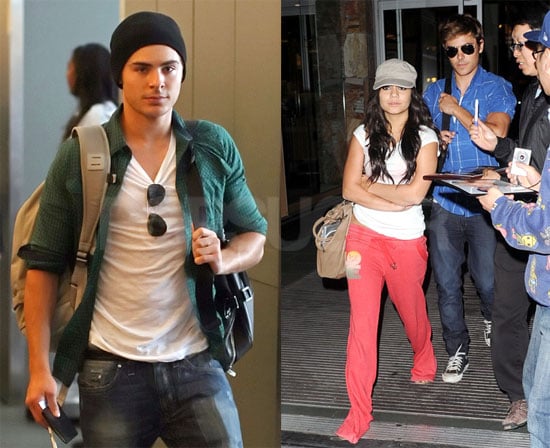 To see more of Zac and Vanessa plus Zac's trailer just read more.