Javier Bardem and his Biutiful director Alejandro Gonzalez Inarritu attended a Screen Actors Guild Film Society screening of their movie yesterday in LA, and they stuck around afterward for a Q&A moderated by Sean Penn. Sean and Javier go back to 2000, when they both starred in Julian Schnabel's Before Night Falls. It was the latest promotional evening for Javier and Alejandro, following their premiere last week in NYC. Javier's pregnant wife, Penelope Cruz, was also in the Big Apple to participate in World AIDS Day, but she made her way over to his afterparty and apparently spent the evening holding his hand. 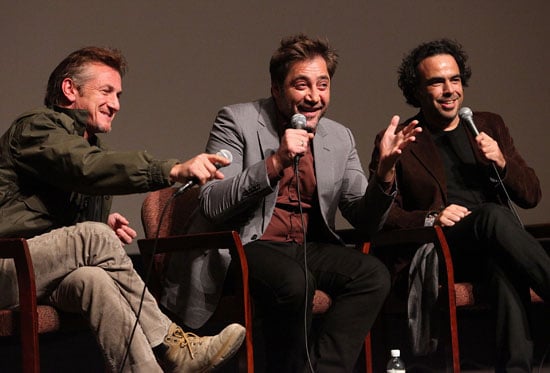