There was a whole lot of Comic-Con action going down in San Diego over the weekend. True Blood's Anna Paquin and Stephen Moyer were there on Friday to talk about their series, including the future of their characters' relationship. They also gave a teaser showing what's still to come this season on their show. Will Ferrell was there on behalf of his The Other Guys with Mark Wahlberg, who opened up to us about playing good cop with his kids. Their costar Eva Mendes also chatted with us about the great time she had being funny with the boys. 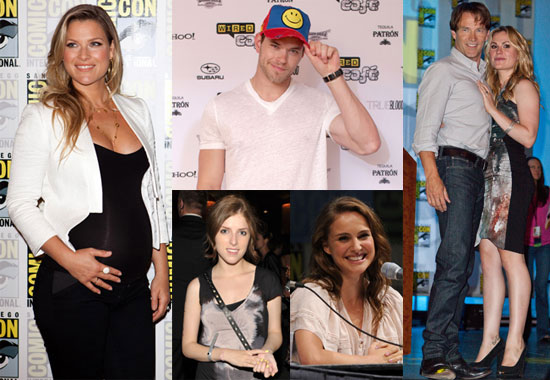 Blake Lively and Ryan Reynolds were there on Saturday for their Green Lantern panel, and his wife, Scarlett Johansson, later appeared with her Captain America costars like Robert Downey, Jr. Pregnant Ali Larter really showed off her baby bump at a Resident Evil: Afterlife press conference, and Natalie Portman kept the cameos coming while talking about her Thor. Kellan Lutz struck a pose at the Wired Cafe and showed off his new hat, while Scott Pilgrim vs. the World's Anna Kendrick hit up a Syfy channel party that night and Vanessa Hudgens partied with her fellow Sucker Punch actresses. BuzzSugar was there covering all the fun from Southern California, so make sure to check out all the reports from the scene! 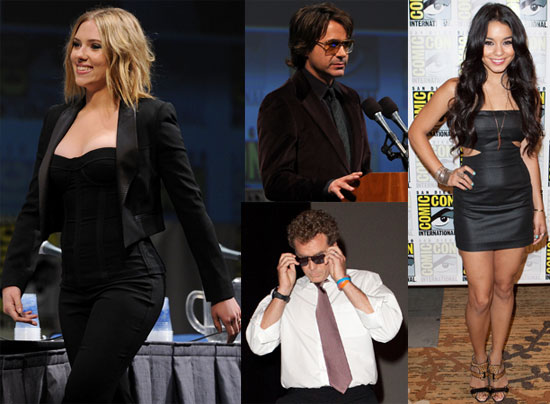