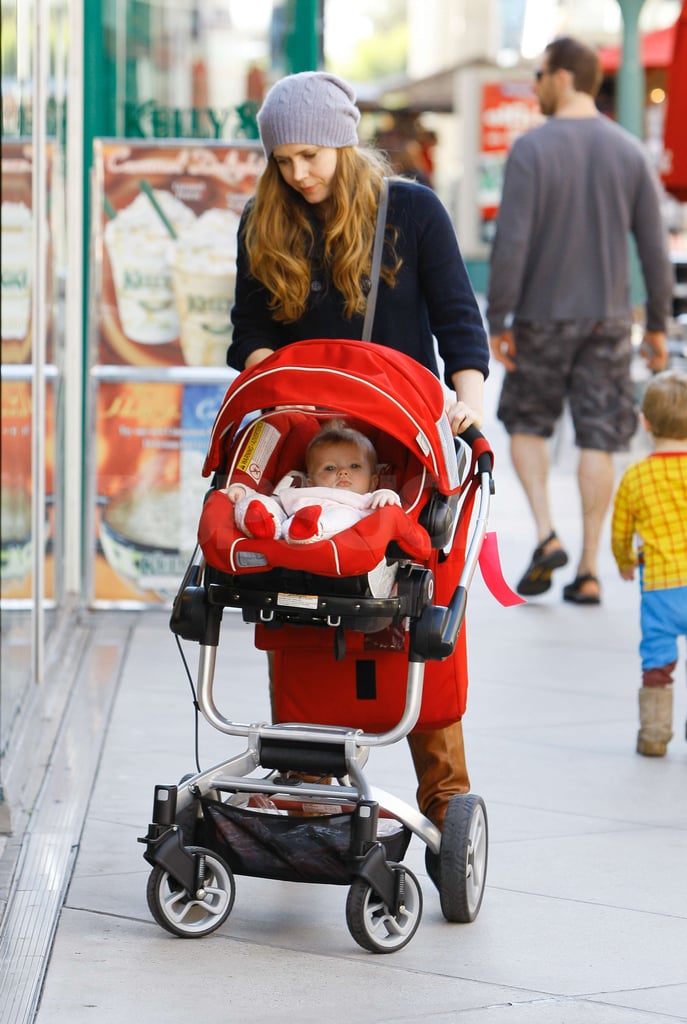 Amy Adams and Darren Le Gallo took their daughter Aviana for a walk in LA on Friday. The seven-month-old wore festive red socks to match her stroller during her outing with mom and dad. Amy is one of our favorite new parents of 2010 and she's also among Buzz's picks for dramatic actress. Her performance in The Fighter has already earned her award season recognition with SAG, Critics' Choice, and Golden Globe Awards nominations, which means an exciting few months ahead for Amy, Darren, and Aviana.

Celebrity Instagrams
They're Here! Meet the New Celebrity Babies of 2020
by Mekishana Pierre 3 days ago

Celebrity Couples
Christina Milian Welcomes a Baby Boy With Boyfriend Matt Pokora: "And So We Begin"
by Samantha Brodsky 5 days ago

Baby Names
Cameron Diaz Announces the Surprise Birth of a Baby Girl, and Her Name Is Very Unique!
by Alessia Santoro 22 hours ago

by Karenna Meredith 50 minutes ago