Amy Poehler took her son Archie along for a trip to the farmers market in Beverly Hills on Sunday. The funny lady is back home on the West Coast to shoot Parks and Recreation after visiting DC earlier this month to honor her friend Tina Fey when she won the Mark Twain Prize for American Humor. It's been a full year of travel and new beginnings for both Amy and her husband Will Arnett. Shortly after welcoming Archie's little brother to the family in August, she headed back to work hosting the season premiere of SNL, while Will stayed busy taping the first season of his TV show Running Wilde. At the moment, his series is on hiatus while hers got a January return as part of NBC's new three-hour comedy block. 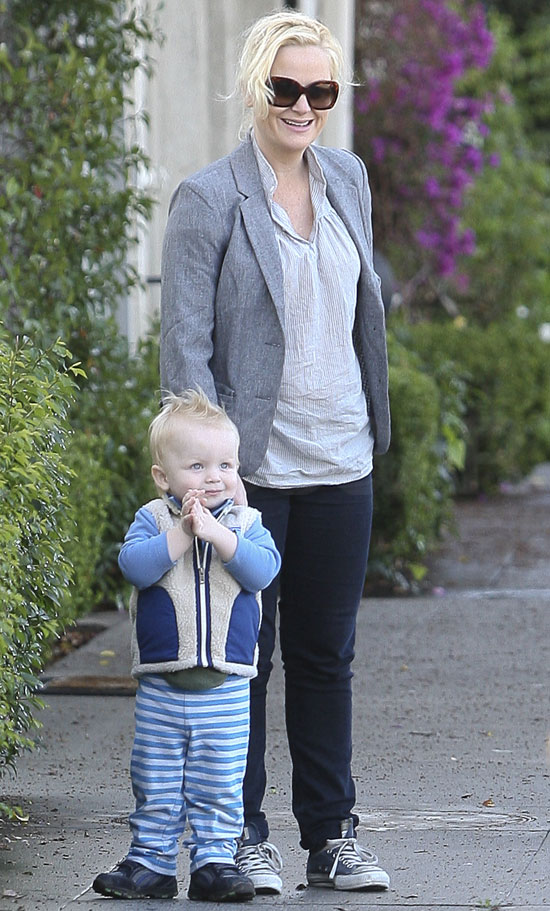 Kristen Wiig
Kristen Wiig Is a Mom of 2! Here’s What We Know About Her Family
by Kathryn Mayer 4 days ago