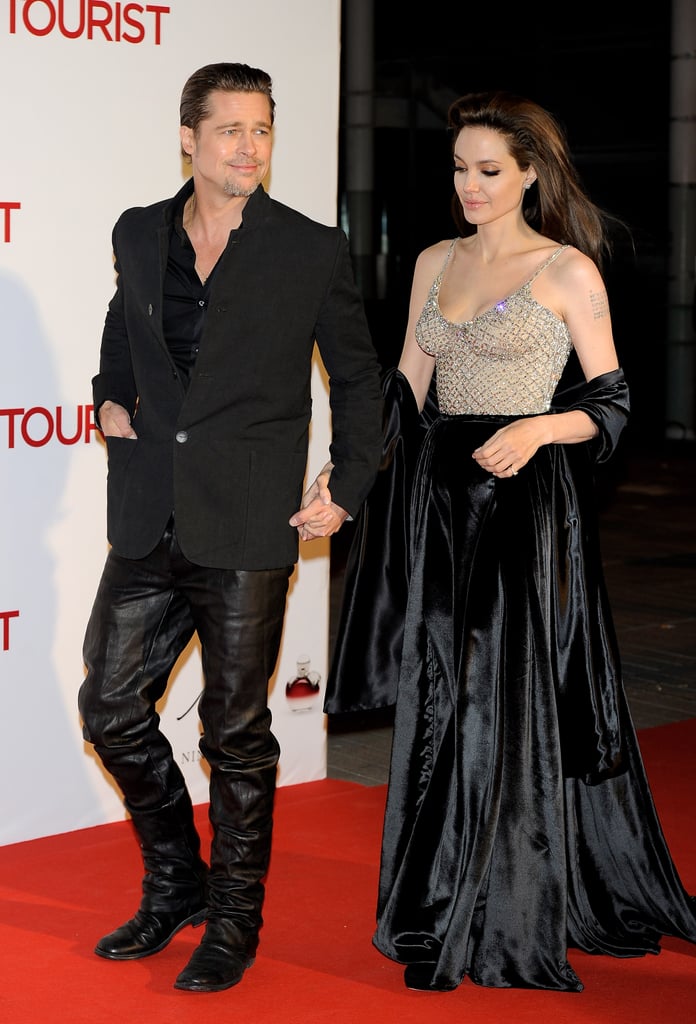 Angelina Jolie had Brad Pitt on her arm as she joined Johnny Depp at tonight's Madrid debut of The Tourist. She and Johnny were together again after kicking off the day with a photo call. The onscreen pair were both surprisingly nominated for Golden Globes due to their work in the movie, though they didn't receive any nods at this morning's Screen Actors Guild Awards announcement. The beaded top and long, black skirt Angelina chose today is just one of several dramatic looks she's worn during the European press tour, while Johnny has chosen to stick to his signature casual style. 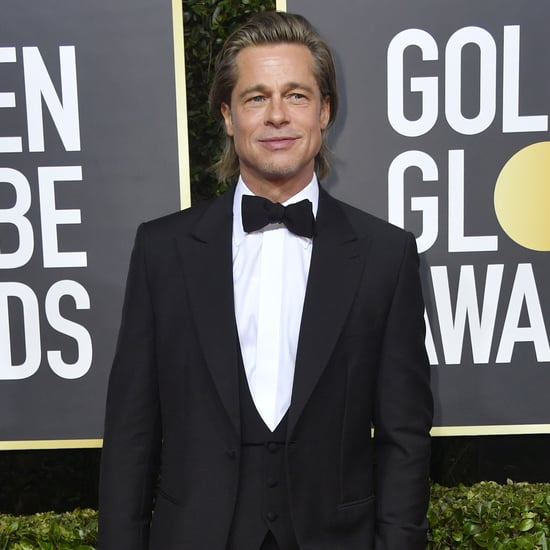