Angelina Jolie and Johnny Depp stepped onto the stage together in Berlin today for a photocall to promote The Tourist. Despite a lackluster opening weekend at the box office and rough reviews across the board, the film scored three Golden Globe nominations this morning! Angelina and Johnny nabbed nods in Best Actress and Best Actor, respectively, and it's up for Best Motion Picture, Comedy or Musical. Johnny is competing against himself, also getting recognized for his work in Alice in Wonderland. The Jolie-Pitts arrived in Germany after a short stop in France, where Angelina brought Pax and Maddox grocery shopping last Friday. They're planning on spending Christmas in a new country, but apparently they may be putting LA on the January itinerary to hit the red carpet at the Globes on Sunday the 16th. 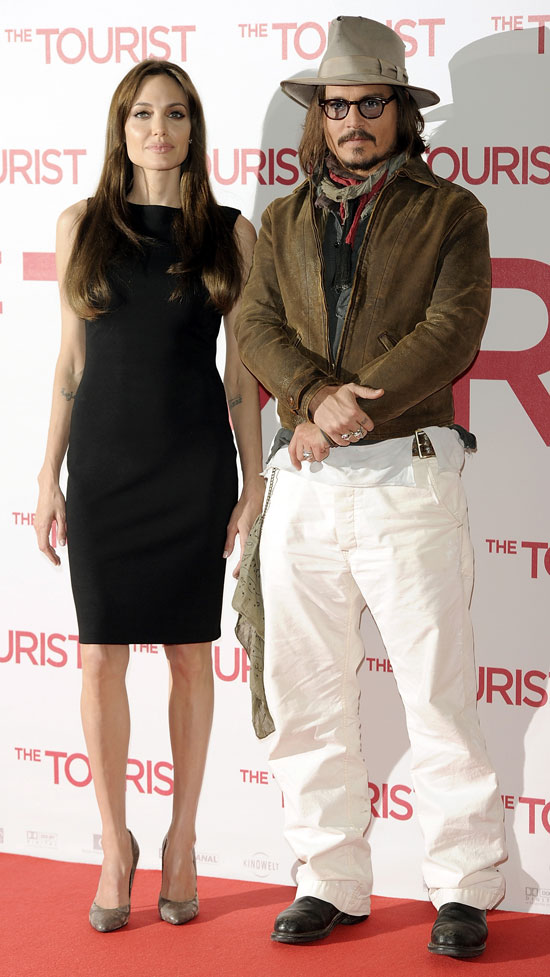 To see more of Angelina and Johnny, just read more.

Timothée Chalamet
No, Timothée and Pauline Chalamet Aren't Twins, but These Snaps May Make You Think Otherwise
by Naledi Ushe 5 days ago