Angelina Jolie greeted fans yesterday in San Diego before her appearance at Comic-Con promoting Salt, and afterward she headed to the airport to jet out of town. She attended a panel with costar Liev Schreiber — check out what she had to say about doing her own stunts. Angelina and Liev were also together earlier this week to attend the big LA premiere of their movie. Buzz found Angelina to be the most compelling part of their blockbuster, and we'll soon see how their project fares at the box office versus last weekend's champ, Inception. Angelina has done her fair share of press to promote their film, and she just revealed her fears about her children dating and learning to drive. In a new interview with USA Today, she spoke about not being totally sane and how Brad's made her a better person. Angelina said: 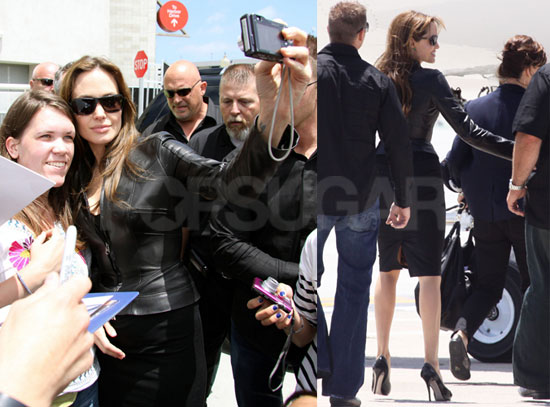 To see more Angelina and read what she says about her real life, growing up with a famous parent, and being a female action star, just read more.