Angelina Jolie was in Budapest over the weekend to start work on her directorial debut. She was on set Saturday taking charge as shooting began, and she even had Maddox on hand to watch as things progressed. Today, though, Maddox, Pax, and their sister Shiloh reported to their new European school. Brad Pitt, meanwhile, was focusing on his own film project between business meetings back in LA. Angelina was briefly home in California last month following her most recent trip to Hungary, but now she's abroad again giving her attention to a project many of you think she's more than qualified to handle. 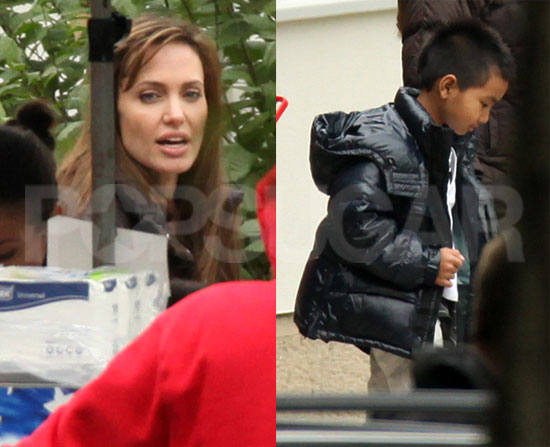